The westfjords have a certain kind of power that makes you realize just how tiny we are in comparison with the world. It reminds you that mother nature can crush us in an instant. The mountains are high and steep, and the roads are narrow, but the views are stunning. This remote peninsula is very frequently overlooked by tourists and travelers because it veers off of the famous Ring Road that circles Iceland. We encountered the worst weather we had had in Iceland here- fierce winds, constant downpours, thick fog, and chilly temperatures. There were practically no toilets and no cafes/restaurants to be seen within miles and miles. And although the weather made it difficult to cook, camp and to just be comfortable, this is what I imagined camping around Iceland would be- just us and the vastness of mother nature. 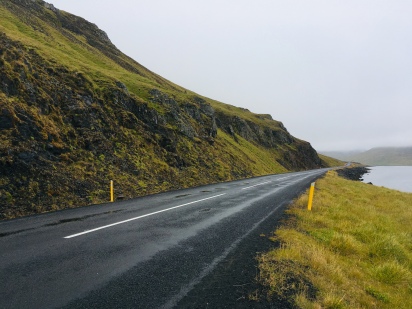 As we entered into the west fjords our first stop was Hólmavík, the largest settlement in the Strandir region with an exciting history and tragedy of witchcraft and sorcery. So it’s no surprise that it houses a small witchcraft museum which, of course, I had to check out. I actually debated on whether or not to put this part on here, specifically some of the pictures from the museum, but it’s part of their history and folklore. Among the different sorcery methods, grimoires, and magical signs, two very peculiar items are found on display here: the Necropants and the Stone of Sacrifices.
— The Necropants: One of the most difficult feats mentioned in Icelandic folk tales, the necropants, or the dried skin of a man from the waist down. These horrifying leggings were used in a spell that would supposedly bring the caster more money.
— The Stone of Sacrifice: This stone is the only object ever found that can be connected to the old Viking religion. The stone bowl was found in a remote valley in the ruins of an old farmstead. The Sagas say that such a bowl was used to hold sacrificial blood during rituals. Scientific research shows remains of blood in the bowl, which helps confirm old descriptions of heathen rituals. I found it interesting that this stone was displayed out in the open- not covered or preserved in any way. Sadly, we would not be able to display something like that in the United States without vandalism, touching, or theft occurring. 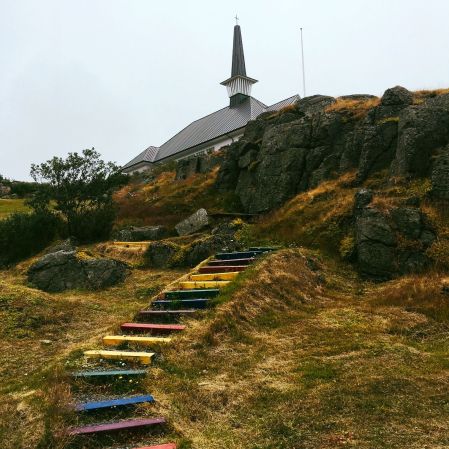 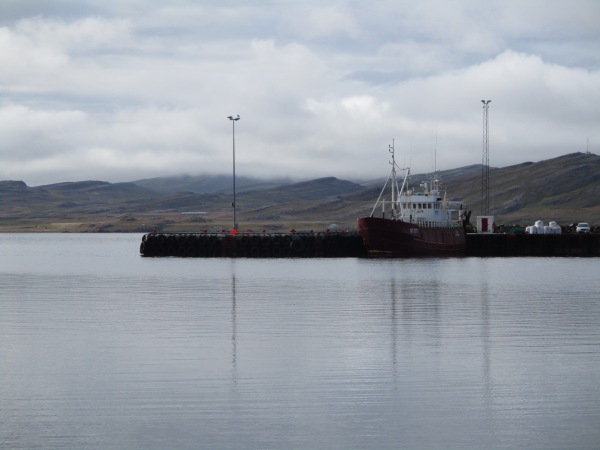 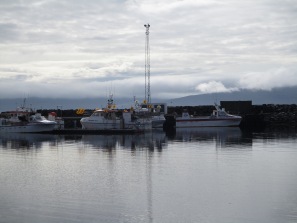 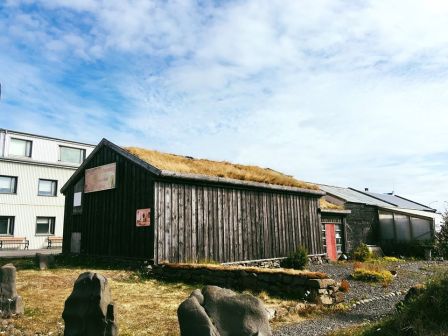 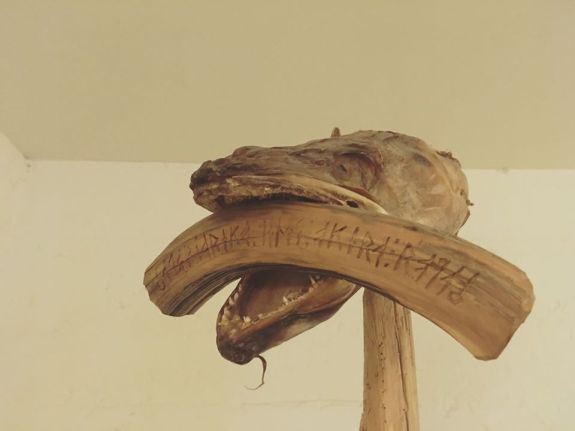 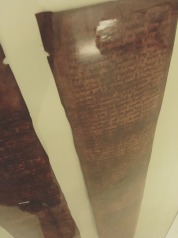 Nestled between the fjords on a small, private farm is Hörgshlídarlaug, a charming hot pot (hot spring). Because it is on private property, we stopped at the farm to ask the owners permission to soak in it. It was well worth it as we had the place to ourselves and the drive was so peaceful. (The first picture below is of a view on the drive, not the farm we stopped at). Iceland is full of these secluded hot pots, and if you know how to find them, they can be an amazing and tranquil experience. 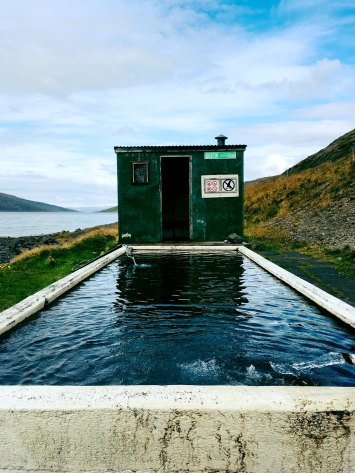 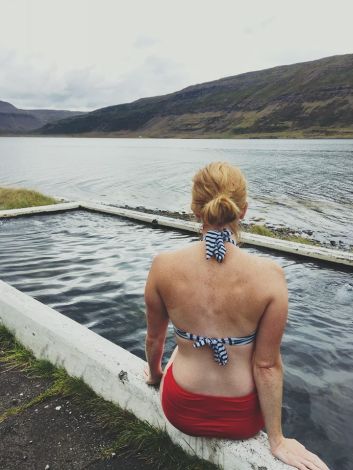 Ísafjördur is the largest settlement in the Westfjords peninsula with some 2,600 inhabitants. It’s an ancient church site and a trading post since at least the 16th century. The growth of the town depends on their fishing industry. Despite the rain, the views were astounding weaving in and out of the fjords. We spotted some seals lazily lying on rocks in the shallow waters! We also took advantage of the numerous roadside waterfalls for a quick water bottle refill along the way. Nothing beats fresh glacier water! 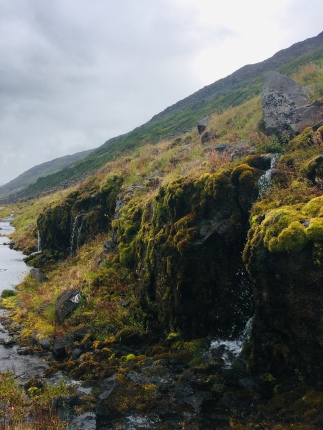 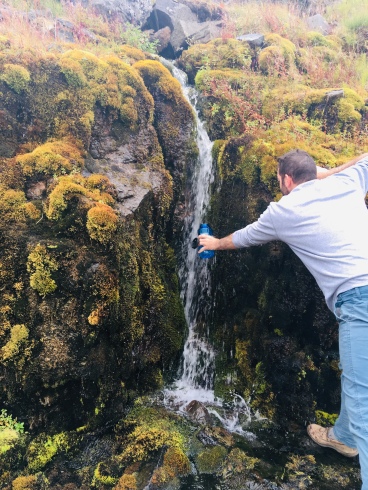 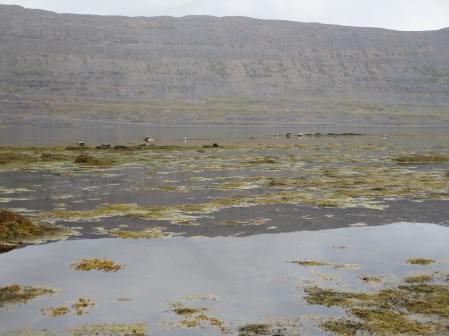 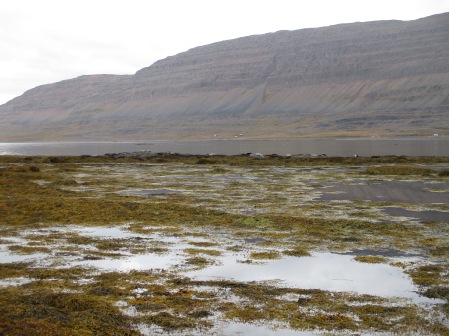 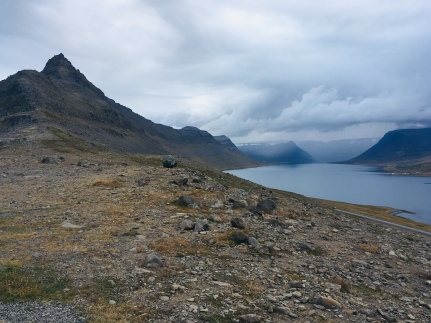 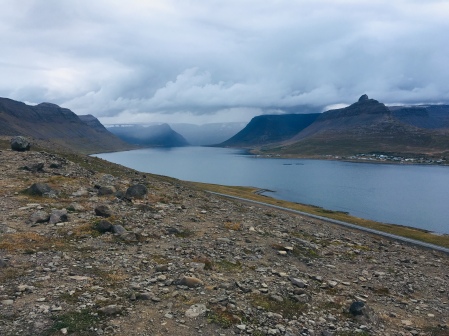 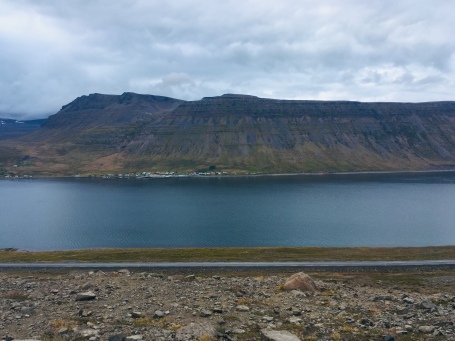 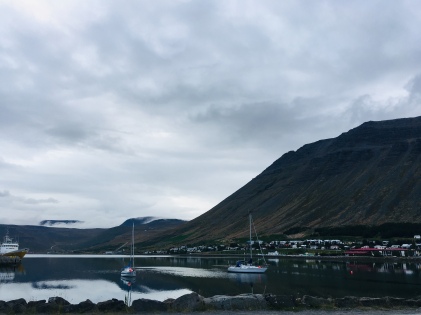 Bolungarvík is a fishing village on the outskirts of Isafjorur Bay. Fishing has been the main occupation of this area since the early day of settlement due to the easy access to excellent fishing grounds.
— Ósvör Museum: Ósvör is an example of how seamanship and fishing at sea was performed originally and through the centuries. The renovation of an old fisherman’s hut started here in 1988 and the surroundings and the equipment represents how everyday life really was during the era of the rowboats. The museum is a recreation and memorial of an almost forgotten Icelandic industrial activity. On site includes a fisherman’s hut, a salting-house, a hut to dry the fish, a rowboat, and many different tools and equipment used for everyday use. 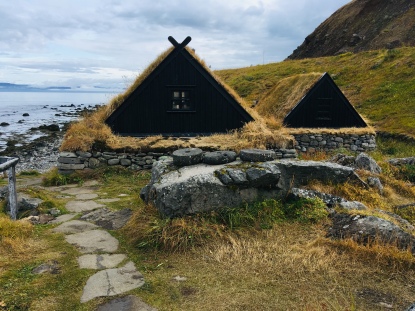 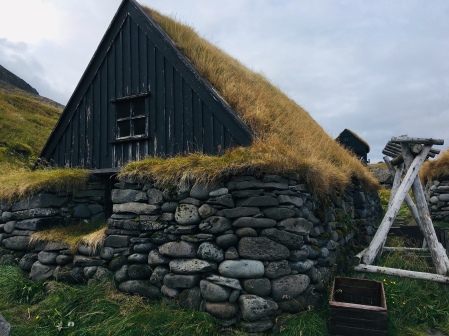 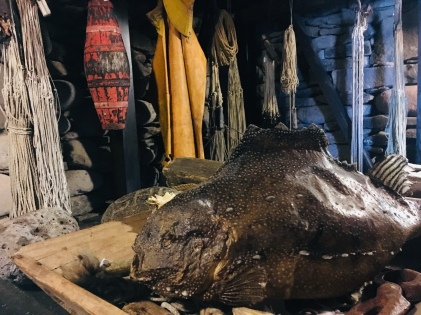 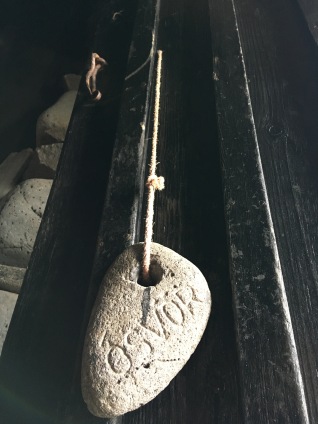 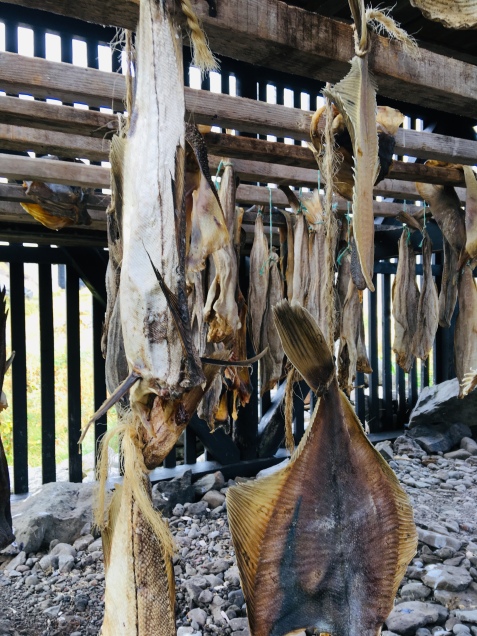 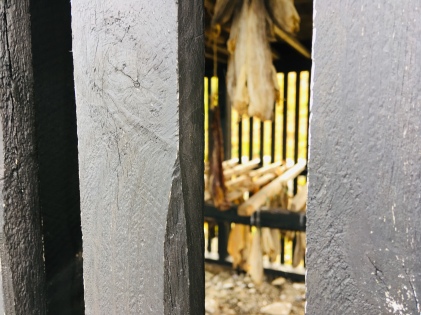 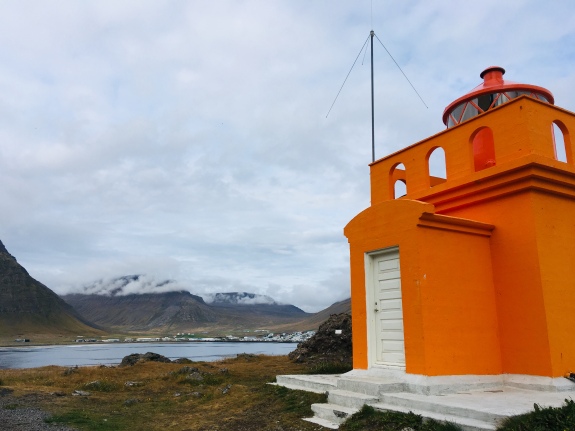